A retirement reception was held Thursday, April 21, 2022, for Leeanne Whisnant, Alexander County Consolidated Human Services Director, who is retiring effective May 1 after 33 years of service to the county. Coworkers, friends, and family attended the two-hour reception, which was held in the health department conference room. 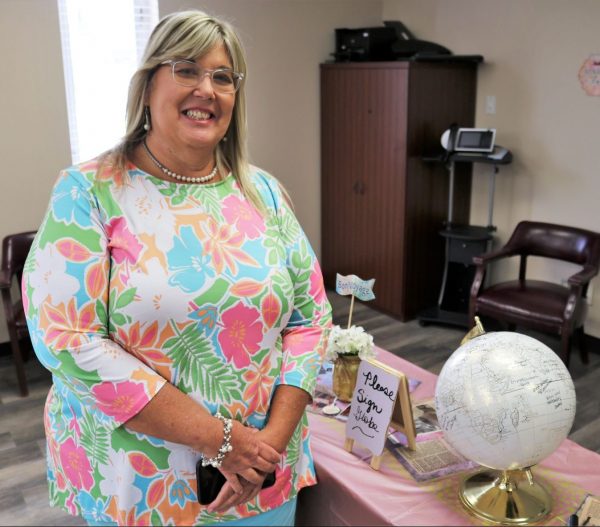 Whisnant started working at the health department on March 27, 1989, as a Public Health Nurse, became Director of Nursing on November 3, 1993, and was promoted to Health Director on February 2, 2001. She became the county’s first Consolidated Human Services Director on July 1, 2019.

“Leeanne has been a faithful member of our core team for many years, and we are so appreciative of her hard work and dedication,” said Rick French, County Manager. “While we hate to see her go, we wish her all the best in her retirement.”

Whisnant said she has enjoyed her many years with Alexander County Government, but is ready to do some traveling and spend more time with her family.

“I remember starting out as a young Public Health Nurse in 1989, but never imagined that I would work for Alexander County for 33 years,” Whisnant stated. “As I worked my way up the ladder into different roles, the job got more and more difficult, but it’s fulfilling knowing that we’ve helped so many of our citizens throughout the years. I’m thankful for the opportunities afforded to me by the county, but I’m looking forward to some new adventures.”

View photos from the retirement reception at https://bit.ly/whisnant-retirement.

Alexander County Government expresses its appreciation to Leeanne Whisnant for her 33 years of service.