Between March 12 and March 20, invitations to participate in the 2020 Census will start arriving in households across the country.

“The Census Bureau is ready for the nation to respond next month,” said Census Bureau Director Dr. Steven Dillingham. “Millions of Americans are applying for 2020 Census jobs, more than 270,000 local and national organizations are engaged, and in less than 30 days the majority of U.S. households will receive an invitation to respond to help ensure that every person in the U.S. is counted.” 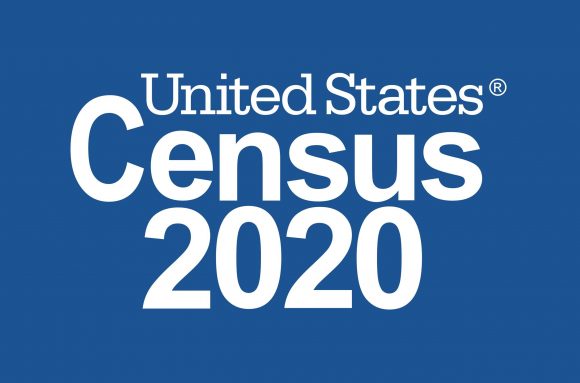 “The 2020 Census is on mission, on schedule, and on budget to promote an accurate count,” Dillingham continued. “Response is important because statistics from the census are used in distributing hundreds of billions in funding for school lunches, hospitals, roads and much more. The invitations will remind respondents to include everyone living in the household, whether they are related or not. This includes young children. Your response will impact communities for the next decade.”

“The Census Bureau has successfully tested its data collection systems, has built backup systems to support resilient operations, and is ready to receive responses from all around the country,” added Dillingham.

This invitation will include instructions on how to respond to the 2020 Census online or by phone. By April 1, most households will have received an invitation delivered either by mail or by a census taker. In areas of the country that are less likely to respond online, a paper questionnaire will be included in the initial mailing to households. Reminder mailings will be sent to households that do not respond, and in the fourth mailing every household that has not yet responded will receive a paper questionnaire.

Once households receive invitations, please respond to the 2020 Census by using the provided Census ID. If a household is unable to enter the Census ID, people can still respond, by providing an address. Whether people respond online, by phone, or by mail, it is important to respond right away.

• March 16-24: Reminder letters will be delivered.

• March 26-April 3: Reminder postcards will be delivered to households that have not responded.

• April 8-16: Reminder letters and paper questionnaires will be delivered to remaining households that have not responded.

• April 20-27: Final reminder postcards will be delivered to households that have not yet responded before census takers follow up in person.

If a household does not respond to any of the invitations, a census taker will follow up in person sometime between May 13 and July 31.

A sample of the 2020 Census paper questionnaire and preview of the online questionnaire is available, along with more information about when most people will receive their invitations in the mail.

The 2020 Census questionnaire is available online and by phone in English and 12 additional languages: Spanish, Chinese, Vietnamese, Korean, Russian, Arabic, Tagalog, Polish, French, Haitian Creole, Portuguese, and Japanese. These 13 languages cover the language needs of over 99% of all U.S. households. To help ensure a complete count of everyone, the Census Bureau will also provide video language guides, print language guides and language glossaries in 59 non-English languages, including American Sign Language, Braille, and Large Print.

The U.S. Constitution mandates a census of the population every 10 years. Census statistics help determine the number of seats each state holds in the U.S. House of Representatives and how billions of dollars in federal funds are allocated to state and local communities for the next 10 years.

For more information about the 2020 Census, visit www.2020census.gov.