A large crowd attended the grand opening and concert at the new Alexander County Courthouse Park on Sunday, May 15.

The event began with a dedication ceremony with remarks from Alexander County Commissioners Ronnie Reese, Marty Pennell, Kent Herman, and Larry Yoder, along with Taylorsville Rotary Club President Paul Sink (the club contributed approximately $68,000 toward the cost of the performance stage), Taylorsville Mayor George Holleman, and Foundation Forward’s Ron Lewis (the non-profit installed the “Charters of Freedom” at the park). Macedonia Baptist Church Pastor Ty Michaux provided the invocation and “blessing of the park.”

Following remarks, a ribbon-cutting ceremony was held to officially open the park. 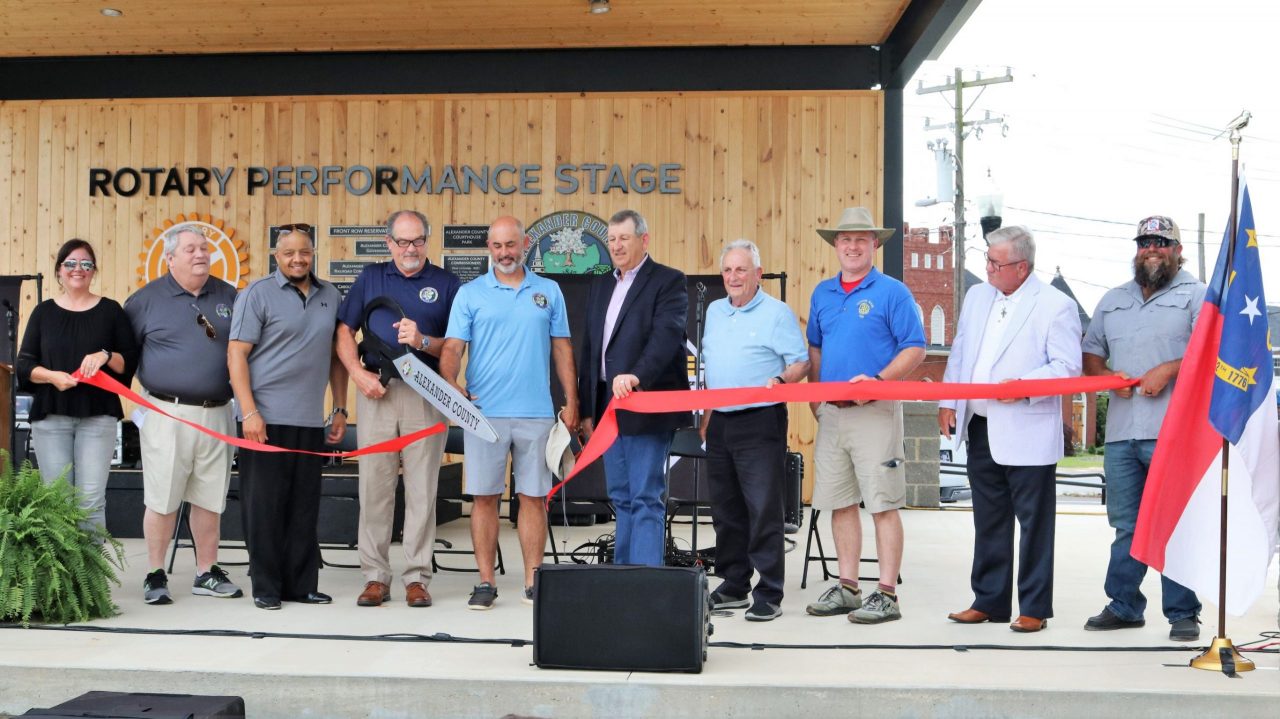 Chairman Ronnie Reese said it was a historic day in Alexander County. “On behalf of the Alexander County Board of Commissioners, I would like to thank everyone involved in making our Courthouse Park a reality,” Reese said. “This outdoor space is something that our families can enjoy for generations to come. We are excited and proud to provide such an awesome facility for our citizens.”