The 2022 candidate filing period ended at 12:00 noon on Friday, March 4. A list of local contests for the primary election has been completed (see below).

Pursuant to G.S. 163-165.5, with a drawing and a coin flip, the NC State Board of Elections randomly determined the order of candidates on the ballot for the 2022 primary and general elections in North Carolina. Candidates whose last names begin with the letter “C” will appear first in contests in the primary and general elections. A subsequent coin flip determined that additional candidates will follow in alphabetical order as follows: C, D, E, F, G, H, I, J, K, L, M, N, O, P, Q, R, S, T, U, V, W, X, Y, Z, A, B.

The following contests will participate in the primary election to determine which candidates will be the party nominee to go on the ballot in the November general election:

The 2022 general election will be held on Tuesday, November 8 from 6:30 a.m. to 7:30 p.m. Early voting will be available at three locations from October 20 through November 5.

For more information, visit the Alexander County Board of Elections website at https://alexandercountync.gov/departments/board-of-elections or call (828) 632-2990. 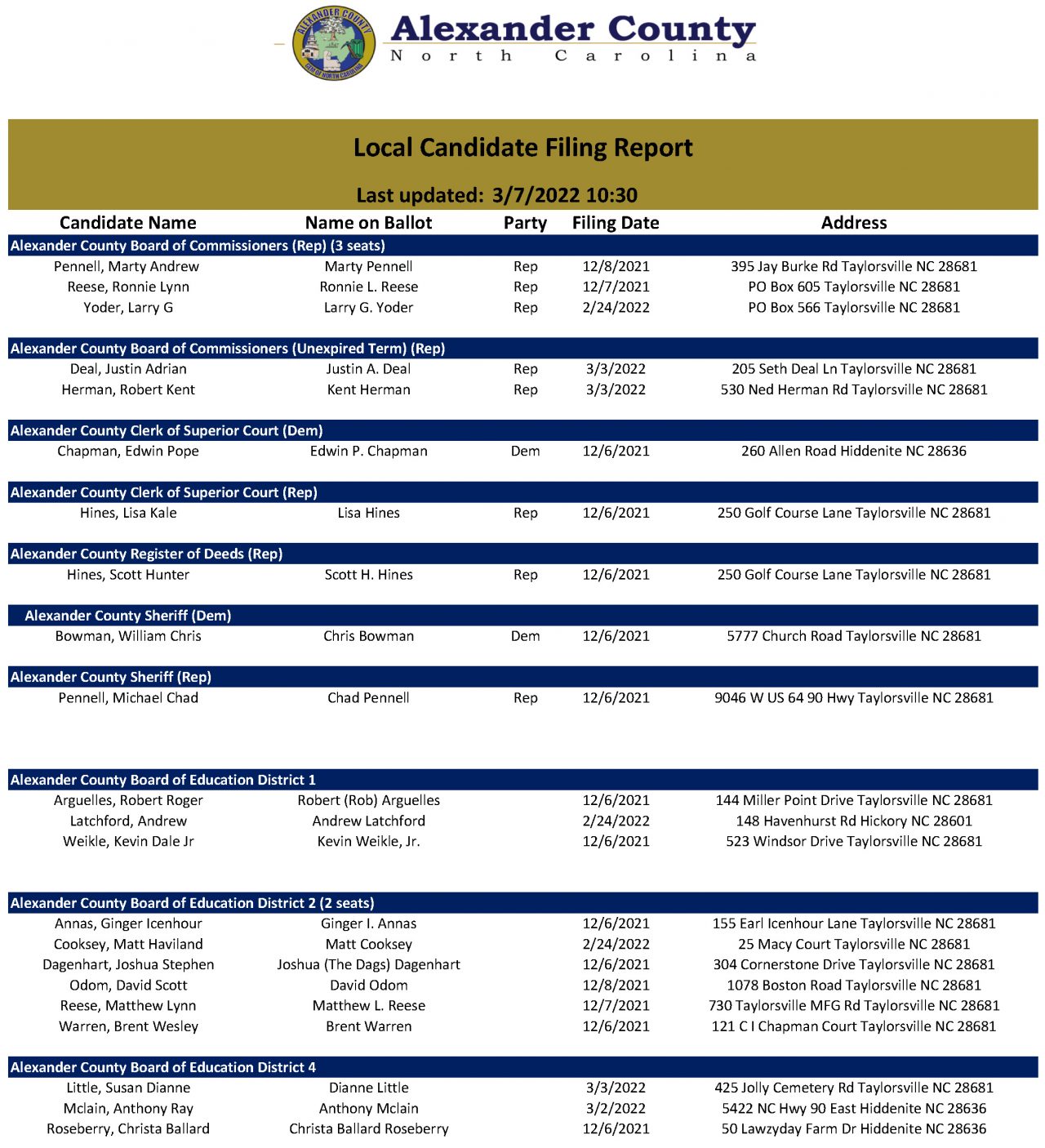